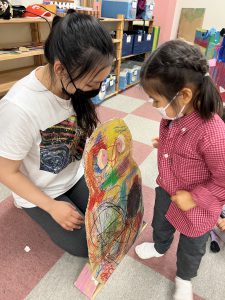 To start off the year and unit, we decided to create Mr. Sense, a cardboard body that would help us learn about our senses.  However, after meeting Mr. Sense, we noticed that Mr. Sense had no body parts.  He was missing his eyes, ears, nose, mouth, hands and leg.  We created his missing appendages and colored them in. 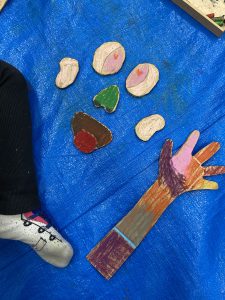 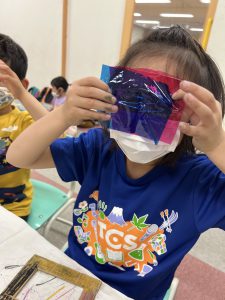 Continuing on with our Unit of Inquiry, we started off with the sense of sight, and made colored lenses.

Since there is a variety of levels in our preschool, we split the group up based on their knowledge of colors.  The beginner leveled learners learned to identify colors and the English names of each color.  The advanced leaners learned about blending colors to make a new color. 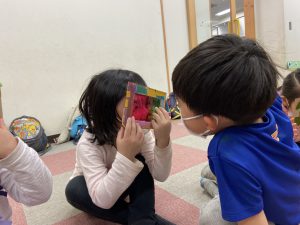 We decided to take our colored lenses outside to see the outside world, but unfortunately it was raining.  Using an Easter Bunny motif, the teachers decided to have everyone make a sun catcher that could double as a colored lens, and was water-proof.  We took our new sun catcher lens outside and saw a brand new, colorful world. 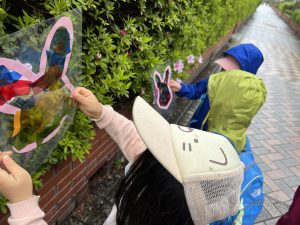 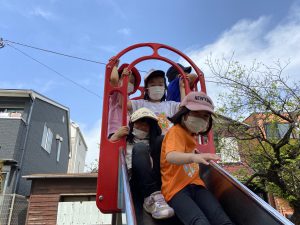 For our first week at preschool, we visited many nearby parks.  Our younger learners have yet to build up endurance, so we started off going to parks that were only 5 minutes away on foot.  By the end of the week, we started going to parks that were a 20 minute walk on foot.  The goal for the next few months is to build up our stamina and endurance, so we can hike up Mt. Takao in a few months. 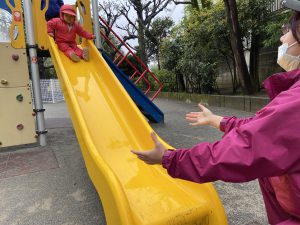 The first outing day of the year was spent at Arayakushimae Park.  While the park is one of our normal day-to-day parks, since it’s about 30 minutes on foot for our learners who have been at TCS for a while, we thought it would be great to go to as an outing day park for our new learners.

As expected, it was a long and hard walk for our new learners, but they did their best during the walk.  The weather made the play apparatus slippery, but that didn’t stop any of our learners from sliding down or climbing up the equipment. 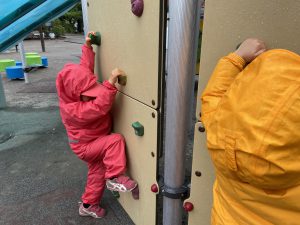