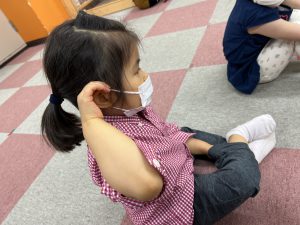 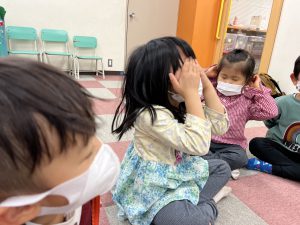 Continuing on with our senses from last week, gave Mr. Sense his ears! We learned that our ears help us with listening.

We started off by learning about the sounds that we hear everyday on our walks, for example, train, car, bicycle, and bird.  The teachers had pre-recorded sounds that they had taken on our daily walks to the park and played them for us. 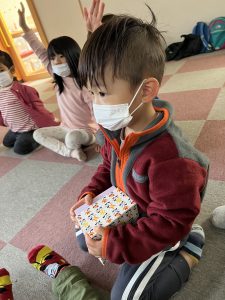 Then, we played a game of “Who has the bell?” All of us had our eyes closed and Rachel would give one of us the bell and that person would ring the bell. Then, we had to guess who had the bell.

Next, we played the Mystery Box game using things that we use in the classroom, including markers, pompoms, socks, hand sanitizer, and a towel.  We took turns shaking the box and guessing what was inside.  At first, it was easy with only one item in it, but for the final rounds we put two items in it. 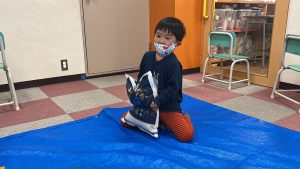 Continuing on with the sense of sound, we made shakers!

To make the shakers, we bought a big bag of rice. We all took turns trying to shake the heavy bag of rice to make some sound.  “It’s too heavy! No sound!”  A student exclaimed as he carried the rice bag and tried to shake it. 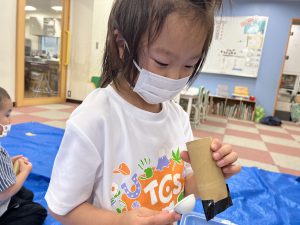 Then, it was time to start making the shakers.  We showed the learners the completed shaker and asked everyone, how do we make it?  One preschooler jumped in and said, “Toilet roll and tape!”

We put everything together and put in 3 scoops of rice before closing up the shaker.

The next day during Circle Time, we practiced making soft and loud noises using our shakers. 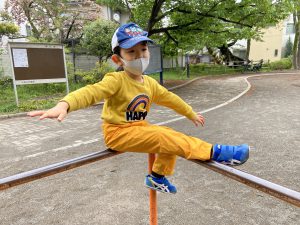 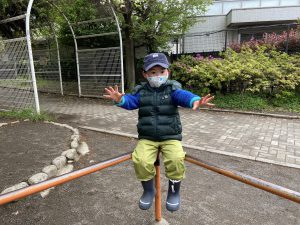 We spent a lot of time at the park this week.  Instead of just playing on the equipment, everyone found themselves challenging themselves to new things.  We tried to balance on a bar by sitting on it.  “Look at me!  I did it!”  They exclaimed as they balanced on the bar.  “Try the corner.”  One preschooler told another when his friend couldn’t find his balance. 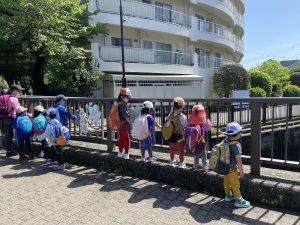 For our Outing Day we went to Ochiai Park.

On the way to the park the preschoolers were very attentive to sounds.  When a police car passed, they pointed out the sirens.  When they heard the sounds of a drill they said, “Construction!” and began to look for the construction site.  As we passed over a bridge, everyone opened their ears to hear the sounds of the river below.  They noticed that on one side of the bridge the sound of the running water was loud, but on the other side it was soft. 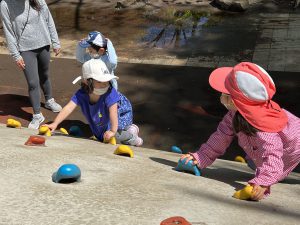 When we arrived at the park we did some ninja training before going to play on the equipment.  For our ninja training, we did some rock climbing, going down the zip line, and the jungle gym.  It was a great way to work on our gross motor skills, as we had to grip the rocks, rope, and pole.  It was a little difficult, but once we got a hang of it, we kept going back to do it again, and again, and again.  Even the zip line wasn’t intimidating to everyone. 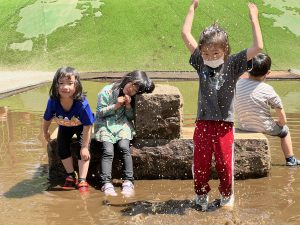 After ninja training, the preschoolers were free to explore the park.  We found a huge puddle just behind the equipment.  Without even taking off our shoes, we just jumped right in the giant puddle.  Some found rocks and tried to skip rocks, while others jumped off the benches and rock formations into the puddle.  Even a splashing competition was held.