For our third sense, we tuned in to our noses!

We learned that our noses help us with “smelling.”  We started out by smelling our first sent…. our feet!  “Stinkyyyy!!”  A few learners said. 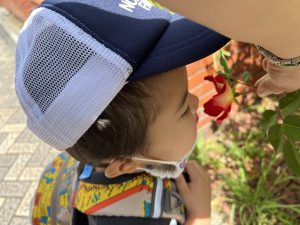 We also went outside to exercise our sense of smell! We sniffed anything that we could land our noses on.  Flowers, the ground, water, walls, signs, and everything.  Some even saw trash and dog poop and tried to smell it from a safe distance.  The flowers “smell good!” but the trash smelled “Ew!  So stinky!” 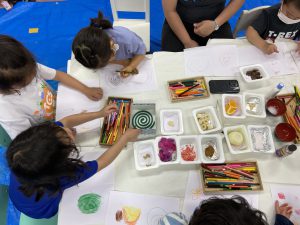 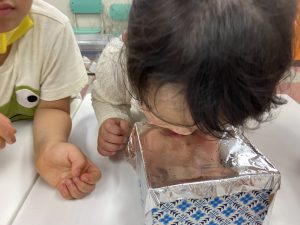 Continuing on with our Unit of Inquiry and sense of smell, we did a small sketch.  Our learners split into two teams to further their vocabulary.  Team A was filled with experienced learners.  They were more comfortable using English compared to Team B.  Both teams went to smelling stations to explore fourteen different scents.  Ginger, flowers, wasabi, miso, onion, salon-pas, mouthwash, mosquito coil, chocolate, dried prawns, banana, orange, garlic, and soap. 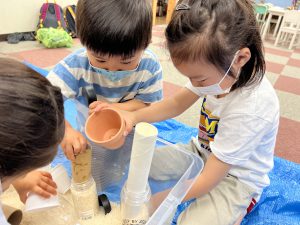 We still had lots of rice left over from our sound activity, so we poured it all into our sensory bin.  We then threw lots of different size and textured cups, bottles, pots, and paper roll inside.  As our learners played with the rice they were experiencing different senses like sound and touch without even realizing it. 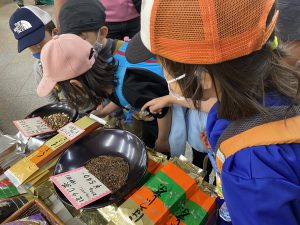 For our outing day this week, we went to Nakano Broadway and Central Park.  In the morning we played at the park.  After lunch, we made our way to Nakano Broadway.  On our way there, we stopped by a pedestrian crossing. Using his sense of sound, one learner put his ears against the pole and said “Listen, sound of waiting.”

At Nakano Broadway, we used our nose to smell the different smells of the ethnic market in the basement.  We smelled the fish, meat, spices and teas.  When we returned we all smelled the lychee that we bought at the market.  Almost everyone thought it smelled good.  After smelling, we tried the lychee and the lychee water.  It was sweet! 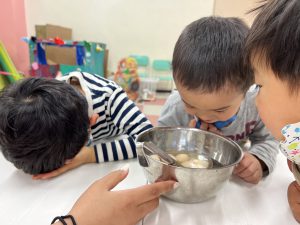